Cementerio De Granada is the oldest cemetery in Nicaragua, and one of the oldest in Central America. Near the entrance is a chapel dating back to 1922, modeled after L’Eglise de la Madeleine in Paris. The cemetery was established in 1830, however, it was burnt down and re-established after a fire devastated the city of Granada in 1856. Most burials took place here between 1876 and 1922, however, we saw a funeral procession with a horse-drawn cart so obviously, it must still be possible to be buried here.

Nine former Nicaraguan presidents have been buried here, and there is also a Jewish section which has been cordoned off from the rest of the cemetery. Other residents include Nicaraguan poets, artists, writers, and musicians. 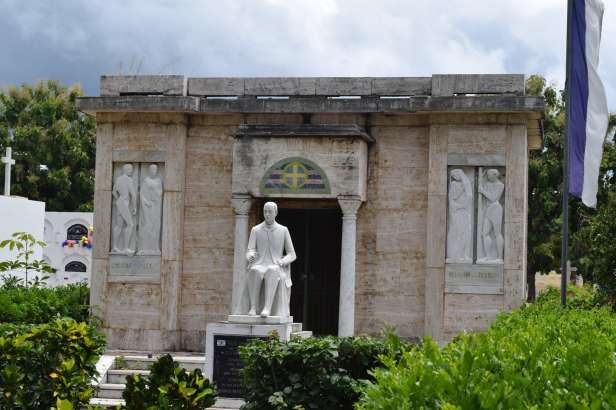 In 2012, the cemetery was declared a Historical and Artistic Heritage of the Nation by the National Assembly, which means it is considered to be an open-air museum. In 2014, three kiosks were built at the front of the cemetery for vendors to rent from the local government. According to the municipal authorities, the improvement projects will continue, with the aim of preserving this cultural, architectural and historical icon, which is an important reference not only for Granada but for all of Nicaragua and Central America. 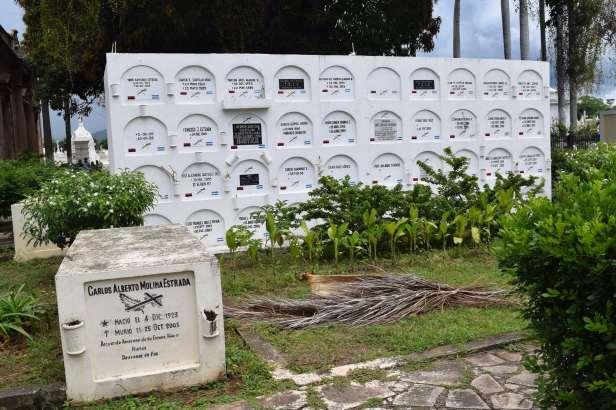 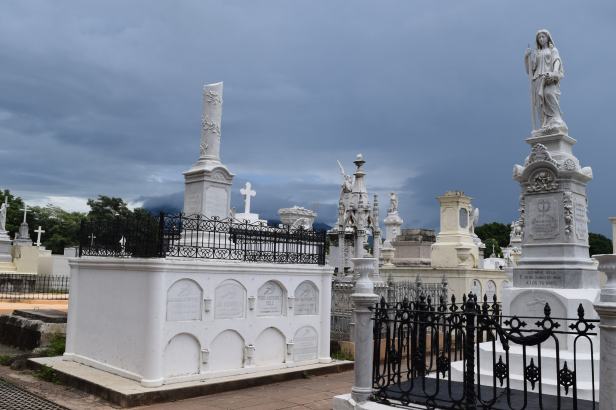 Cementerio De Granada is about a 45-minute walk from the centre of Granada or 10 minutes in a cab that will set you back about 10 – 15 Córdobas (about 40c US). There are some security concerns at the cemetery, I was told there are people living in some of the abandoned mausoleums that have been known to try to rob tourists. If you can, try to stay as part of a group.