Since the decommunisation laws in Ukraine, more than 1000 statues of Lenin have been removed. Where have they all gone? – More on that later. In Hungary, some of these statues have been used to create Memento Park, an open-air museum featuring statues of Lenin, Marx, Engels and Hungarian Communist leaders.

Visible from the outside of the park are Stalin’s boots, which is all that was left after angry crowds tore down the Stalin monument in Budapest during the 1956 revolution. Contrary to popular belief, the boots you see in the park are a replica. 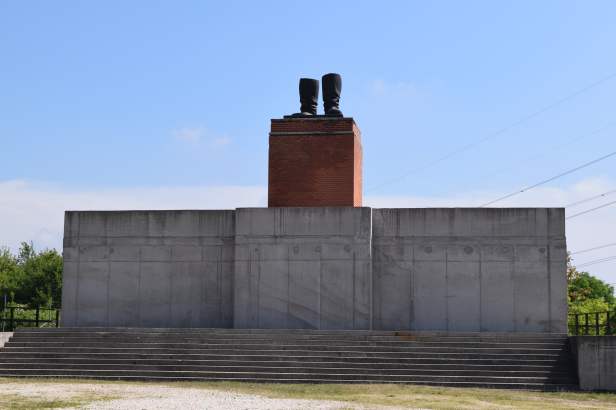 Getting to Memento Park

Take the M4 metro (green line) to its end at Kelenföld Vasútállomás. When you leave the station, follow the signs to the buses and you will emerge from underground at a very well signposted bus terminal. Take the 101E bus, Memento Park is the second stop and will take about 10 minutes. Look for Stalin’s boots – they will be on the left, the bus will turn right and then stop immediately. You can also take the 150 but it takes longer as it weaves around through suburbia.

Entry to Memento Park is 1500 HUF (just under €5), and the park is open from 10 am until dusk. You can fact check this information on the park’s website.

There are three statues and a relief of Lenin, if you, like me, feel the need to photograph them all. There’s a Pokemon joke to be made there. 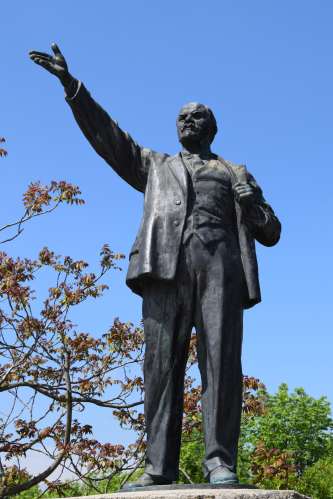 While I didn’t know who all the Hungarian leaders were, there are some great examples of Soviet Modernism and Soviet Realism. 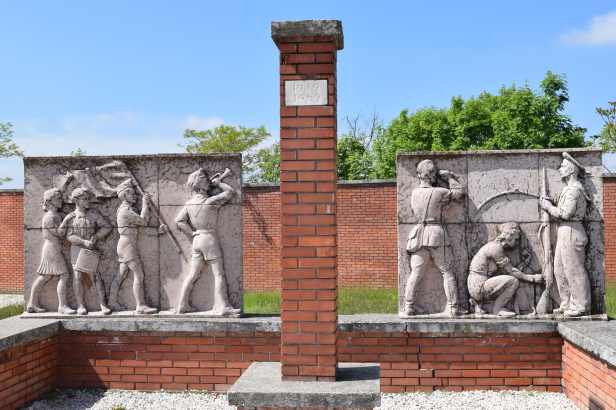 I think  Ákos Eleőd, the architect and designer of Memento Park sums it up better than I ever could: “This Park is about dictatorship. And at the same time, because it can be talked about, described and built up, this Park is about democracy. After all, only democracy can provide an opportunity to think freely about dictatorship. Or about democracy, come to that! Or about anything!”

Or, as Mayakovsky wrote, “Whoever does not sing with us today is against us.”

One thought on “Lost in Memento Park”