Khortytsia Island is the largest island in the Dniepr River and is part of the city of Zaporizhia. In 2007 it was recognised as one of the Seven Wonders of Ukraine. The main attraction is the Zaporizhian Sich, which is a reconstruction of an old Cossack village, including the famous wooden church built in the traditional Cossack style.

Khortytsia Island is best visited from Zaporizhia. I got the train from Dnipro, which takes about 2 hours. It was more of a Soviet museum than a train, with that unique smell only 50 years of sweat and grease can create. 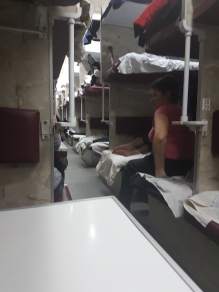 From where I was staying I needed to take two mashrutkas to get to Khortytsia Island. First, I was able to take any that were labelled ‘по-проспект’ (po-prospekt). Most of the mashrutkas that go to the island leave from ‘металлугов’ (metalurgov), which is where the McDonalds on Soborniy Prospekt is located. To get the second mashrutka, head diagonally opposite the McDonalds and slightly off Soborniy onto Metalurgov Avenue. I took 58, but 10, 87 and 96 will also get you there. The stop for the Zaporizhian Sich is called ‘сич’ (sich), but usually on a mashrutka they won’t announce the stops. Once you’ve crossed the bridge just stand up, the driver will stop and you can walk from there.

From the Sich bus stop (southernmost point marked on the map), you can follow the trails through the forest. They are proper walking paths and it felt much nicer than trudging along beside the busy road. I even bumped into this cool looking guy.

Tri machti is three red transmission towers in a row, the translation is literally “three masts”. I didn’t manage to get a nice picture of them in a row, but you can stand underneath and get a cool shot. Probably won’t even give you cancer. 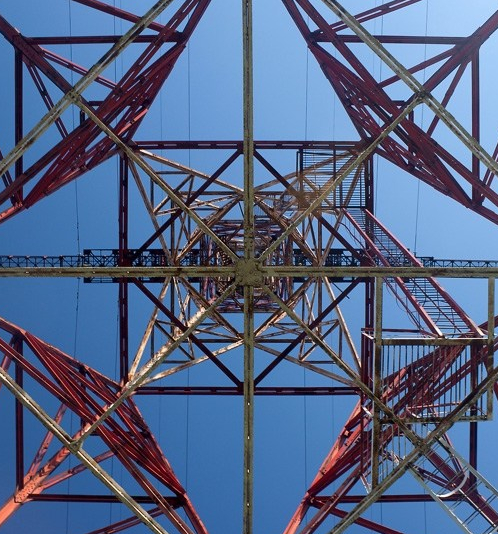 Tarasova is a nice point to get a photo of the cliffs and the dam.  There are some flat rocks that are good for sitting on too.

I then walked around the top of the island to the restaurant. If you’re interested, you are able to bungee jump off the bridge at the northern side of the island.

To get back to the prospekt, you would need to take mashrutka 50, which will take you back to Metalurgov Ave. The mashrutkas I took cost either 4 UAH or 4.50 UAH. There is usually a large sign as you enter, and you pay the driver. If you require change, take a seat and someone will pass it back to you – but it’s best to have the right money or as close to it as possible. 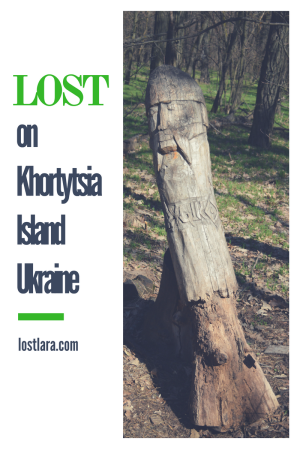 8 thoughts on “Lost on Khortytsia Island”